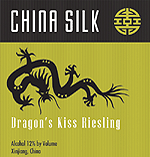 When you think about countries that make fine wine - what comes to mind? France, Italy, Spain, Argentina, Australia...?

Yup. In May of last year, Berry Brothers & Rudd, England's oldest independent wine merchant published in its "Future of Wine Report" that in 50 years CHINA would be the world's leading wine producer! It may surprise many that China is already the world's 6th largest wine producer, with 600 wineries. While most of the wine

that is manufactured today is rather unimpressive, China has according to the experts, the terroir to make a fine wine that could rival the best of the French. Sacre bleu!

If curiosity gets the better of you - you can purchase a bottle of Grace Vineyards (Shanxi Province) Chairman's Reserve for $60. Just in time for Chinese New Year!
--------- 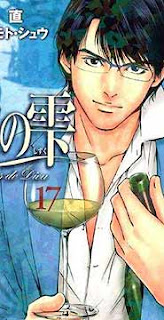 If you are traveling through East Asia and you would like some guidance on what wine to drink, you would find that the most influential sommelier is a 20-something year old manga (comic book) hero. Meet Shizuku Kanzaki. In Tokyo apparently, wine sellers await his weekly recommendations before adjusting their orders. Many wine experts think he is also responsible for the rise of wine consumption in Korea, China and Taiwan. Hotels, restaurants and wine stores all over Korea and Japan specifically stock whatever is recommended, as demand is incredible. Many venues often selling out of French wines - the creators wine of choice.

This manga series written under the pseudonym Tadashi Agi, is created by the Kibayashi's brother and sister team, both in their late 40's. Their goal was always to describe the wines from an average drinker's perspective. While not formally trained, both tremendous wine lovers, have even rented an apartment just to house their 3000 bottle collection and installed an earthquake warning system to protect them.

In their series titled "The Drops of the Gods," Shizuku Kanzaki, our manga hero, starts to learn about wine from a description of 12 wines bequeathed to him by his father after his death. His father considered these bottles the world's best. Kanzaki must learn more about wines, so that he instead of his adopted brother who is a sommelier, can finally inherit his father's collection. Every Thursday when the comic is published in Weekly Morning, readers learn right along side with him. Translated into most East Asian languages and most recently French, there does not seem to be any rush for an English translation as Kanzaki-san is not a big fan of American wines.
Posted by Deeba Haider at 6:52 PM