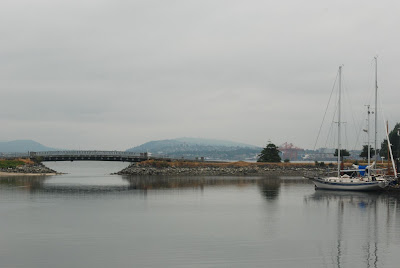 For years I have read and reviewed the "Most Livable City", "Best Quality of Life City" rankings by the UN, the Economist, by Monocle, etc. with a degree of skepticism. I even blogged about it disdainfully when I wrote who really cares about these lists. I've lived in some incredible cities, but they were never included.

Boy, do I feel stupid now. For years, the city of Vancouver in British Columbia, Canada has sat comfortably on top in the UN, Economist, Mercer Consulting, Monocle's rankings of the world's most livable cities. And after my first and recent trip to Vancouver, I now see why. 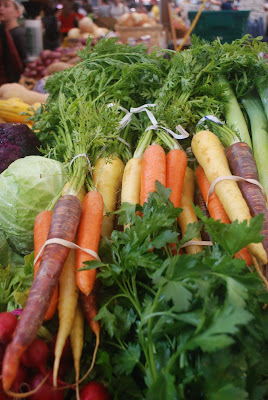 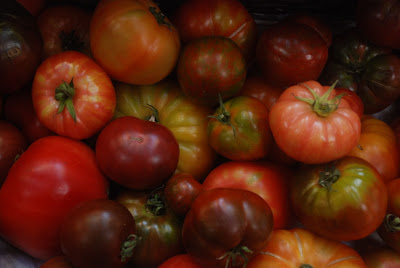 Firstly, it is an incredibly beautiful city. It is not architecturally interesting but the abundance of nature that surrounds it and weaves through it more than overcompensates for the lack of human-designed beauty. Vancouver is encased by mountains and water. It is easy when you are biking or hiking through Stanley Park to forget that you are in an urban metropolis. The city is a joy to walk, bike, drive through. Kudos to the urban planners! Its urban scale is designed to make all forms of travel pleasurable - unlike Los Angeles, my present home which is designed purely for cars; or New York City, my prior home, where it is often easier and quicker to navigate on foot than in a car or subway. 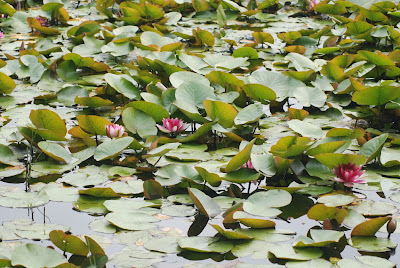 Vancouver is an cosmopolitan city, where from my brief superficial experience, cultures seem to intermingle comfortably. Often, I felt that diversity and cultures were celebrated. This is evident in the museums and in the cultural and theatrical offerings. But it was perhaps most prominent in the food, the markets and restaurants. Vancouver is a foodie's dream - and the city is not that big. We enjoyed an incredible diversity of food while we were there. (My mouth is starting to salivate again as I reminisce about our meals). Ranging from small local eateries to the restaurants of celebrity chefs like Daniel Boulud, Jean-George Vongerichten the quality of food is exceptional. My fish and chips from Go Fish! was worth every second of the 35 minute wait in line just to order, and was better than any order of fish and chips I have had in England. Sacre bleu! The C$30 three course Sunday brunch at Jean-George's Market was mind blowing. The food at the Japanese Izakaya Guu, brought my entire family back to the days we lived in Tokyo. Service more often than not was also exceptional. In addition to my satiated belly, I also appreciated that so many of these restaurants and eateries made serious attempts to locally source their food, or use organic fruits, vegetables and meats, or offer only sustainable fish. This clearly demonstrates a society that not only cares about their own health but also the environment they inhabit. 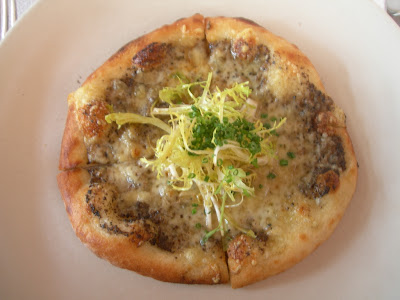 And the people! I'm in love with Vancouverites. In no other city in the world, including service oriented Tokyo, have I walked into a 7-11 or drug store and received such a warm greeting and welcome. While strolling around, if I hesitated for a minute as to which direction to go, which street to take, I had immediate offers for help and assistance. Not normally a chatty person, I found myself engaging in conversations with limitless strangers. Taxi drivers called my husband sir and me ma'am. I even started to wonder whether living in Vancouver would make me a more personable and amicable individual. 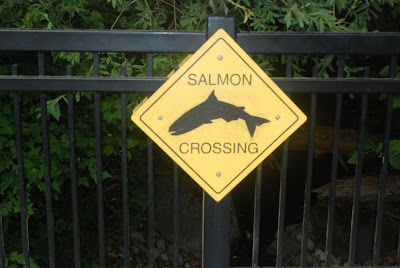 Now I know that the few days I spent in Vancouver does not equal the experience of living and working in a city. But I can tell you this, I wouldn't mind finding out.

Now where did I leave those Vancouver job listings.... 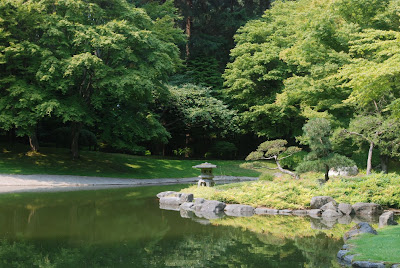 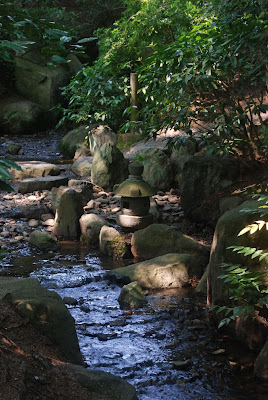 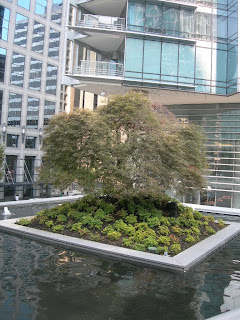 A little urban oasis and landscaping 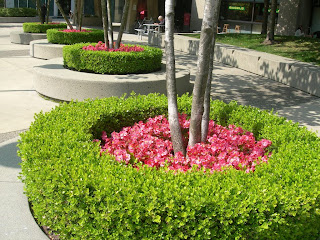 Posted by Deeba Haider at 4:55 PM No comments: