A little Roman with the Georgian in Contemporary Pretty Pretty Bath

Since I reside the majority of my time in Los Angeles, a city which epitomizes American urban sprawl and endless miles of hideous strip malls, the thought of a place being too picturesque rarely enters my mind. That is not to say that there is no beauty in Los Angeles. The ocean, the lush natural environment of the mountains and the desert are incredible. A meditator's dream. But generally, Los Angeles is a city of grit. One can drive miles and miles in a desperate search for thoughtful design and come up empty.

And then there is a place like the city of Bath in England. 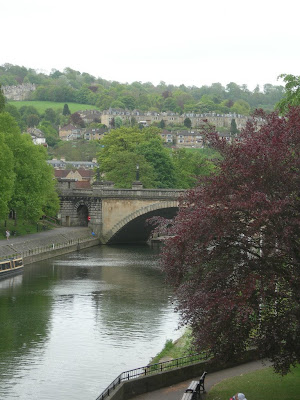 It is almost so pretty, so overwhelmingly picturesque, that my foreign, unsophisticated eye could almost not handle it. Can a place be too picturesque, too charming? Can such a thing be possible?

While visiting the more industrial city of Birmingham this past May, I took a two and a half hour train ride through the lush English countryside, down to Bath for a day. 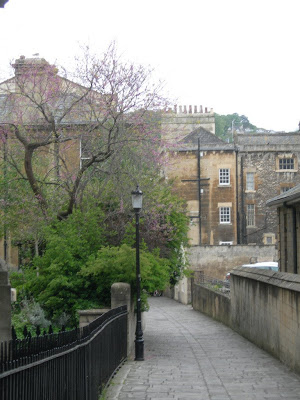 The City of Bath was originally founded around naturally occurring hot springs. During the Roman occupation of Britain, the Romans built their famous baths (see images below) and temples. Having lived in Italy and visited the sites of many a Roman bath, I was amazed at how well preserved this bath in England is. Not only was I able to get a good sense of how the space was developed and used by Roman society, with a lot of the structure still intact, I was also able to marvel at its engineering. 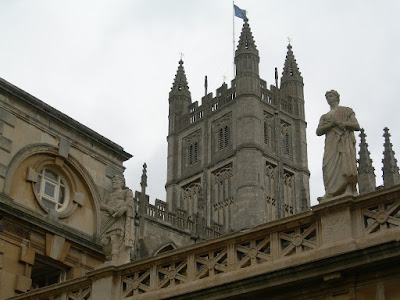 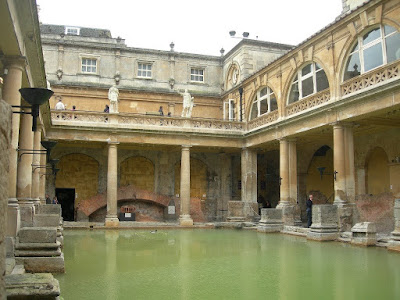 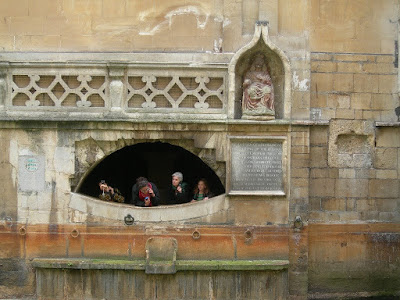 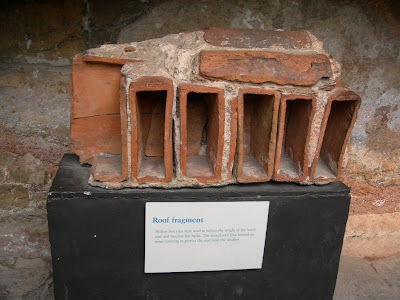 The brilliance of Roman construction hollowed out tiles bricks to lighten the load of the roof and to serve as an effective insulator.
During the Georgian era, the city became a popular spa resort which provided the city with some of the best examples of Georgian architecture constructed from the 'Bath stone.' In 1987, the City of Bath, the entire city, was honored with the designation of a World Heritage Site. 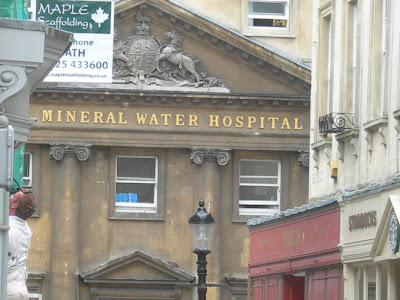 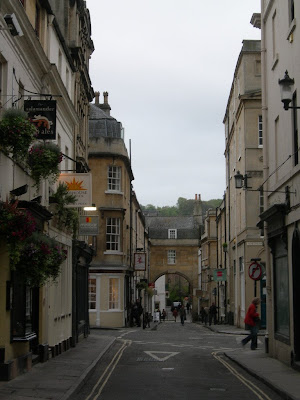 The other prominent monument in the main town square is the Bath Abbey which originated in the mid-700's. The first effective king of all England, Edgar, was crowned in this Abbey by St. Dunstan and St. Oswald in 973. During the Middle Ages, the Abbey and its Monastery continued to thrive with a growing middle class. Even during the bubonic plague or Black Death, the church remained an important part of English life, providing guidance and assistance to a devastated population. 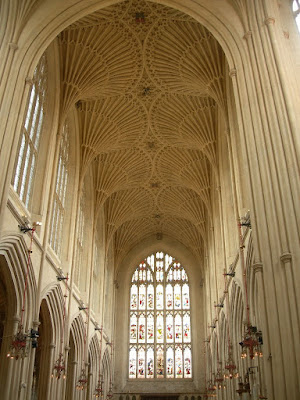 Under the rule of Henry VIII, his clashes with the Catholic church resulted in the closing of all monasteries and this church essentially fell into ruin after January 1539. For twenty years the parish stayed dormant. It was not revitalized and rebuilt until the rule of his daughter, Queen Elizabeth who supported a plan to restore the abbey as a parish church of the Church of England - which it remains today.

In 1942, the city of Bath was bombed in the midst of World War Two and the Abbey was damaged once again. Restoration of the Abbey finally took place between 1991-2000. The organ was rebuilt and the Risen Christ statue was created. 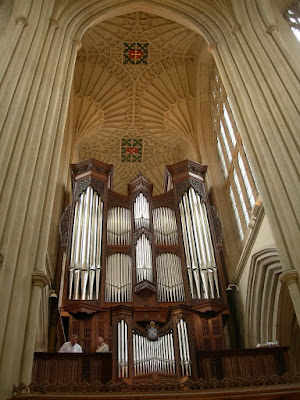 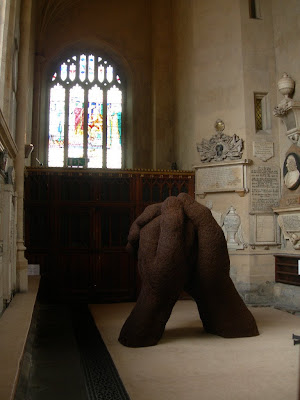 "The Kiss" by local artist Sophie Ryder inside the Abbey 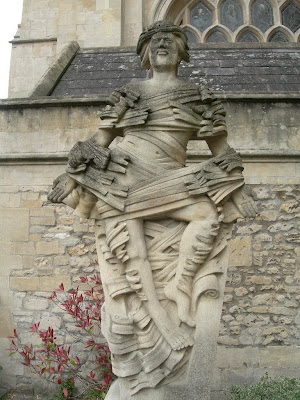 The Risen Christ Statue outside the South Transept 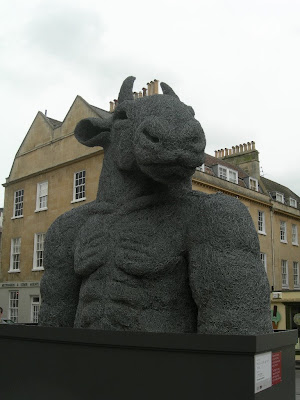 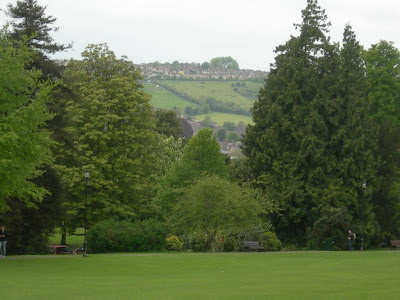 Royal Victoria Park - lush greenery and manicured parks also envelop the city of Bath
In conclusion after my day in Bath, I suppose a city can be 24 hour beauty all 7 days of the week. But for me, the city of Bath would be a too sleepy and just too pretty place to live. (Aside from the one disgruntled resident, stuck in 'rush hour' in Bath who tried to run me down). I suppose I have gotten used to needing a little grit with my architectural or natural beauty. I thought about another city that also has the title of World Heritage Site - the city of Dubrovnik in Croatia. With its fortress walls plunging straight into the blue waters of the Adriatic, this city is extremely, breathtakingly beautiful. After all it is known as the pearl of the Adriatic. However, the bullet holes that still remains in some of the buildings, the sagging orange tiled roofs, the laundry hung out to dry and of course a history of war and a fight for survival gives the city a raw edge, a vulnerability and complexity that is captivating beyond the initial brush of beauty. Perhaps my time was brief, but I did not see or feel that in Bath.