From Bourbon Street and Mardi Gras to the Ninth Ward 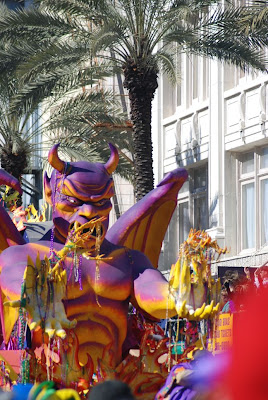 With the recent Superbowl win, New Orleans this February felt like a phoenix rising. Mardi Gras on February 16th, 2010 was electric and extra celebratory. The feeling in the air was buoyant and alive. The crowds were densely packed, often jumping in unison to catch those famous multi-colored beads tossed unceasingly from those beautiful, inventive and elaborately crafted floats. The hard drum beat from the numerous marching bands kept people moving. When the parades were over, the crowds filtered en masse into the French Quarter. And there people with their fanciful costumes, rubbed shoulders with tourists and other locals. The line for Cafe du Monde stretched down the street, everyone craving those warm doughy beignets caked in powdered sugar. As the day progressed, the bars got increasingly busy, and the revelers rowdier and wilder. 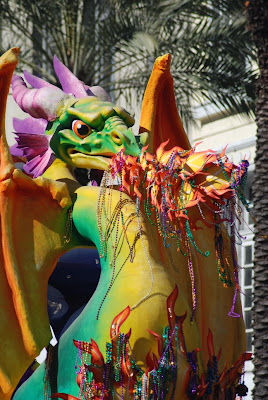 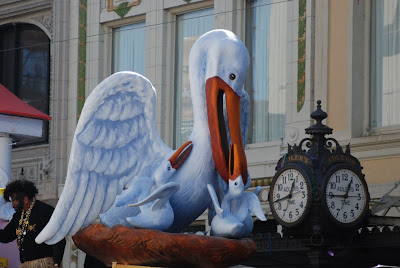 For the few days, I was in New Orleans, I visited the French Quarter daily. I love the music that echoes through the streets, the architecture and the galleries. We indulged and sampled the best restaurants in the French Quarter and every night, they were overflowing with patrons. It was wonderful to see a New Orleans so full of life, so vibrant. So different from the images I saw on the news in August 2005 when Hurricane Katrina hit. 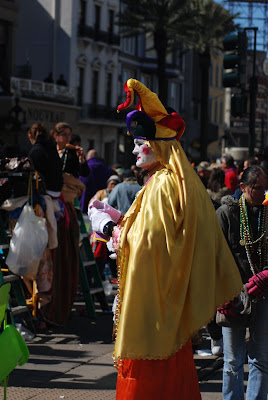 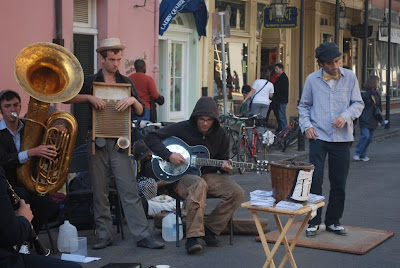 Musicians and a tap dancer in the French Quarter

This was my second visit to New Orleans. The first was in 2003. It is such an incredible city. The rich melding of so many cultures and influences. And perhaps if I had just stayed in the French Quarter this time, I would have easily assumed that New Orleans was back on track, that everything was rebuilt and back to normal. But that would be far from the truth. 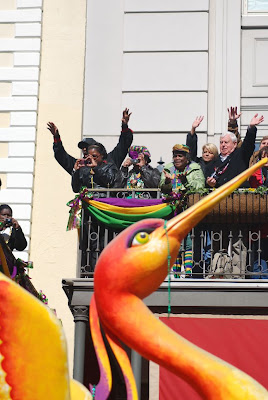 New Orleans is still struggling with this new normal. When you wander outside the French Quarter, signs of the devastation from Hurricane Katrina are still visible. A constant and painful reminder of what was lost. 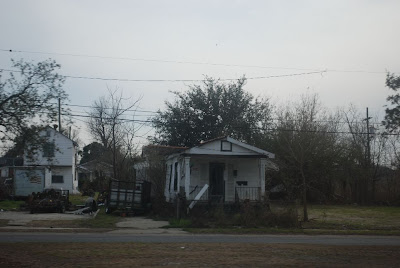 When Hurricane Katrina hit, the French Quarter was not as badly affected because it stands on higher ground. The areas that were hit the hardest lay 6 to 12 feet below sea level. And when the high winds violently blew and flood walls failed, huge sections of New Orleans was submerged under stagnant water for weeks. The water became all the more toxic over time as gasoline and car fluids and other chemicals from home appliances bled into the water. Some houses, civic centers, schools, grocery stores, commercial spaces, hospitals continue to rot with mold. What I learned this time during my visit that I had not realized before, but seems so obvious, was that so many of the buildings that were affected by the hurricane had to be gutted and upgraded before inhabitants could move back in. 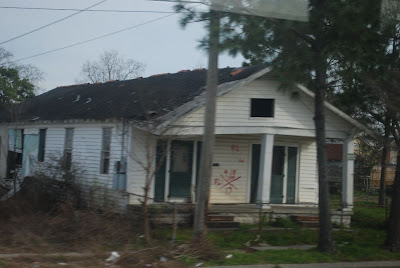 Abandoned homes in the 9th ward

It has thus required a tremendous investment - financial and emotional, patience and a steel will to overcome this disaster. There were a couple counties that were completely destroyed. New Orleans had 9 hospitals pre-Katrina, now they have 5. There are school buildings that are still dormant, sealed and silent. Grocery stores are fewer and further apart. How do you live in a city that can no longer provide you with healthcare or your daily necessities? Many national businesses, have still not returned. They are holding out to see how the reconstruction plays out, before they recommit. Strip malls lay empty and abandoned. I was told that local businesses are fighting to re-open, to revive their communities. But then often times finding the old employees to run the businesses is also a challenge as New Orleans has lost a significant number of their population - who just could not return. 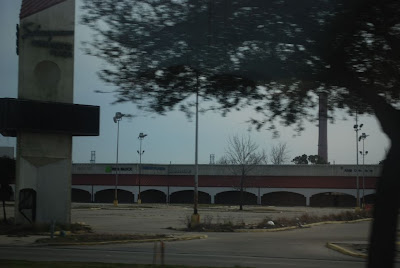 Strip malls that still lay dormant four and a half years later
For residents of the more impoverished Ninth Ward, Upper and Lower, the area that was perhaps the hardest hit from Katrina as they were flooded from multiple sources, rebuilding continues to be struggle in spite of the assistance from Habitat for Humanity and numerous celebrities including Brad Pitt, Harry Connick Jr. and Branford Marsalis.

Yes, New Orleans is still hurting despite valiant efforts to rebuild and recover. For a brief moment in time, Mardi Gras reminded us all of the joie de vivre that once was and still is so prevalent in this city. There is a spirit you find in cities that have experienced the worst that humanity can bare. There is just that extra passion for life, that extra appreciation for what you have got and that extra love for those people dear to you. I went to New Orleans to see in part what had happened four and half years after Hurricane Katrina and perhaps to see how I could help. While I left with a twinge of sadness, that one feels when you see someone you care about hurt, I did not however, expect to leave feeling so enriched with life lessons of perseverance, gratitude, and overcoming what seems to be insurmountable difficulties. 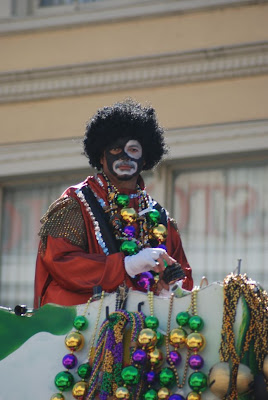 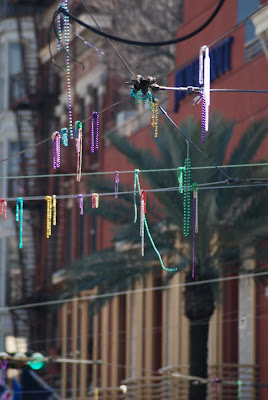 Beads that caught in the electrical wires 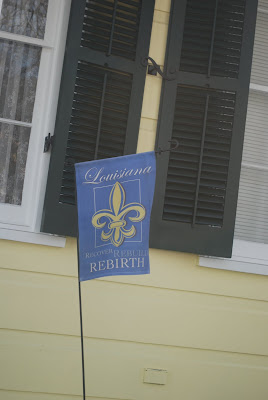