How I Spent my Summer: Kauai 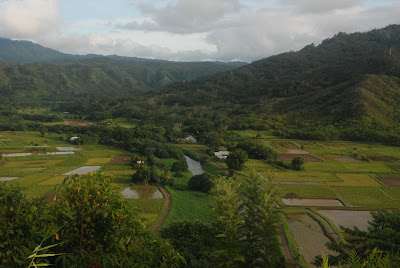 Needless to say, I am way behind on my blogging. With the end of Summer 2011 quickly approaching, only now am I writing about a little vacation I took at the beginning of the summer to Kauai, Hawaii. For those of you who have never been there, I think Kauai is perhaps one of the most spiritually and physically healing places I have ever been to. With the large part of the island relatively inaccessible, this Hawaiian island has remained dominated by nature. The mountains are majestic and the Na Pali coast is awe inspiring and the surrounding ocean is still clear, crystal blue and tempting. The pull of nature is incredible. 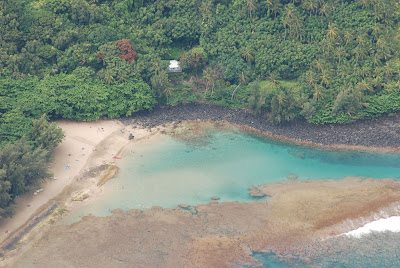 I had some incredible food when I was there. Delicate, sweet and juicy lichees, buttery papayas, sugary pineapples, surprising purple Okinawa sweet potatoes, sweet and sour lilikoi, macadamia nut honey and the chilled water of a young coconut sliced open fresh at the Farmers Market. 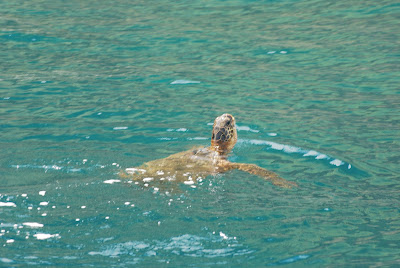 Any ignorant preconceptions I had about what to expect when I landed on the island were decimated by the time I left six days later. Kauai is a small low key island in the middle of the Pacific Ocean, just over 560 square miles. You can essentially drive from one end of the island to the other in a couple hours. It only takes that long because there is only one lane in either direction all around the island. Yet, it is on this island, I met some of the most interesting, global, well traveled people. 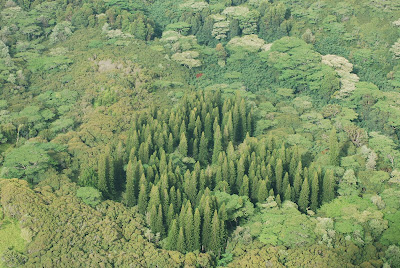 There was Greg from the Koa Wood Store. He was tanned and relaxed and had his dog napping at his side. To me, he seemed like a simple, happy go lucky surfer/craftsman. But for him, this was a very conscious decision. It turns out that he used to be a Russian linguist, helping the Americans spy on the Russians and East Germans in the outskirt of Berlin when Germany was still a divided country. With the unification of Germany, he moved to Los Angeles and worked as an economist. While selecting our artistically carved items, our conversation with him flowed from politics to the economy to the possible models of economic recovery to the beaches of Kauai, helicopter rides to surfing and driving 4x4s on the sand. Having left the daily grind and his more intellectual pursuits and stress and pressure behind, he now makes a living as a craftsman, making beautiful wood products and running and owning the store that is built on the land where he grew up. "I only look dumb," he joked. He actually had a healthy glow and looked like he was loving life. How many people could I say that about? Giving in to my own curiosity, I asked what his ethnic background was as I couldn't place him - he was part Portuguese, Chinese, Irish and a few other nationalities that I don't remember now. (This is perhaps one of the reasons why I love Hawaii so much. It is as close as we will get to a land of mixed race people). 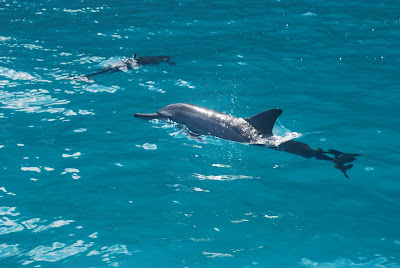 Then there was our rather over-eager waiter at the restaurant Latitude 22 who was born in Jeddah but grew up in Egypt and Morocco and in his words eventually found his way to paradise on Kauai. I lost track of the number of languages he could speak.

During my time in Kauai, we took a Raft tour of the Na Pali coast. The captain of our Zodiac was a native Hawaiian dressed in a t-shirt, shorts and flip flops. His skin was darkened and worn by long hours in the sun. He shared with us stories of the life of a sailor, and the animals that inhabit the island and surrounding waters as he maneuvered the zodiac, chasing dolphins and sea turtles. When our tour was over and the boat was docked, his cell phone rang. His ringtone to all our surprise was a country song. When questioned about his fondness for country music, he informed us that he was not only a sailor but also a cowboy. He owned a ranch with cattle and horses and he added that we would be surprised how many cowboys actually inhabited the tropical island of Kauai. 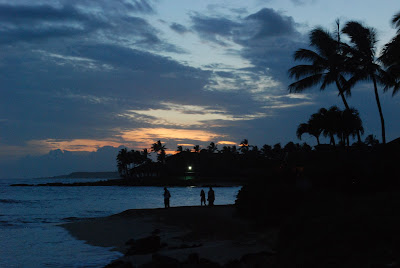 On our last day there, we were running around in search of some last minute souvenirs to bring home. One shop, where I spent a little too much money was Sand People. There was one saleswoman manning the store. She had sun bleached blond hair, blue eyes and a very bubbly personality. One of the items I had picked out was a white cotton table runner with a dark blue turtles running down the center. In an effort to make small talk as she rang up my bill, I told her that in Chinese culture (given that my mother is Chinese), turtles are a sign of longevity. She seemed utterly disinterested in my comment. Umm... I thought, at least she could feign interest, I was after all clearing out half her store. She must be a ditsy blond disinterested with the rest of the world, I stupidly concluded. Well it turns out she was raised by a Chinese auntie (I didn't quite get their relation) in Kauai, who taught her Cantonese as a child. Her lack of a reaction was because she was actually very familiar with Chinese culture. As an adult she lived in Shanghai for two years, where she learned to master not only Shanghainese but also Mandarin. While living in Shanghai, she dated a Moroccan man, so she picked up some Arabic too. We then commiserated how tough it was to keep up languages you don't use regularly.

"Don't judge a book by its cover." Boy, did I learn the meaning of that phrase this trip. 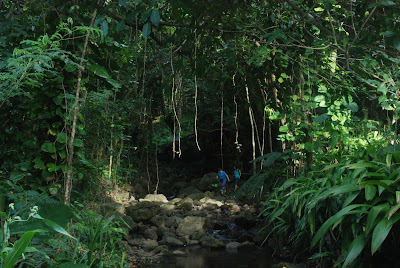 On one day, while exploring Princeville, the northern part of the island, I had explained to me the meaning of the word Aloha. The word means much more than hello or goodbye. When it is broken down into its syllables 'alo' and 'ha,' the interpretation is closer to the breath of life. Alo meaning presence and ha meaning breath. What an incredible greeting to wishing one another, presence, life, and harmony.

By this point, I was fully and deeply engrossed in my love affair with Kauai.

We boarded the plane in Kauai to fly back to Los Angeles, kicking and screaming. I had gone to Kauai in search of a little rest and relaxation, a little healing, a little fun, some good food and a few interesting people. I found them all in abundance. What I could have done with a little less was humidity. Humidity on my hair. But that was a small price to pay for paradise. 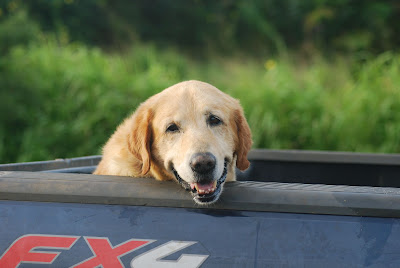