So it seems, contrary to my sentiments in my previous post, some recent developments in the City of Bath have called into question how purely picturesque and historic this city truly is - and how worthy it is of its unique World Heritage status.

Back to Bath - with its most famous Roman ruins north of the Alps; the Georgian city which evolved over the 17th and 18th century, harmoniously planned and laid out with Palladian inspired architecture and urban design. So harmonious in fact that two new huge urban development projects almost had UNESCO rescind Bath's prized World Heritage status. A shameful fate that has befallen only the Arabian Oryx Sanctuary in Oman.

The first of these controversial projects is Southgate - an urban mall designed by Chapman Taylor. It is unfortunately, one of the first buildings you see when you step out of the train station. While most of it is still under construction, I did see some of the complex start to take shape and it does stick out like a sore thumb. Architecturally, it is definitely not the first thing you want to see when you enter the city. Jonathan Glancey in The Guardian described its style as "Las Vegas Georgian for its soulless imitation." 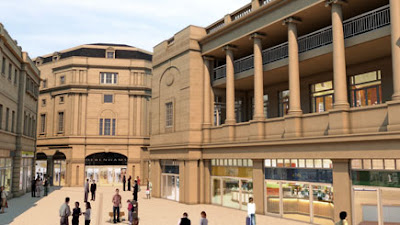 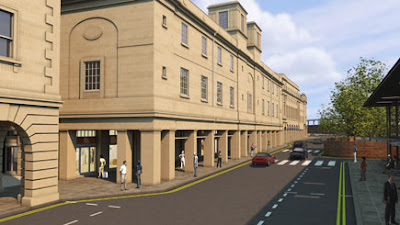 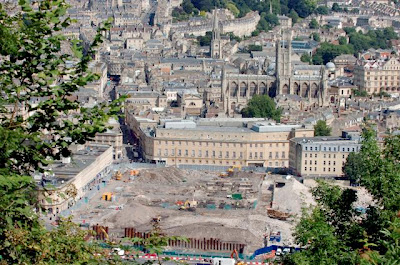 The other apparent urban blight that has just received the go ahead from Bath council leaders despite tremendous opposition is Western Riverside - a huge residential complex designed by Feilden Clegg and Bradley that will include 2200 flats and take the form of blocks of 9 story buildings. Apparently, rather generic in design, critics claim that it looks no different from buildings you would see in any other part of the world. Critics also say that both projects lack a sense of scale and place and are a complete deviation from the understated monumentality that makes buildings like the Royal Crescent and the Circus in Bath so special. Both the Western Riverside and Southgate are expected to be completed next year.

Going back to my prior post (which I still stand by) about Bath simply too picturesque... I simply don't think I know any other city in the world that can pinpoint only two developments that they consider unsightly. In most cities the commercial pull of the developer is infinitely much stronger. (Uh, Los Angeles). But then I guess, not all cities have the distinction of being a World Heritage Site. This predicament then begs the question - when you have a historic city of such extreme architectural unity and beauty and new urban developments projects are necessary to service a growing population - what design or form should they take?
Posted by Deeba Haider at 12:30 PM No comments: